Barefoot Physio Cam is our ‘go-to’ guy to discuss all things Basketball. He has played professional basketball for several years and loves to chat about the best way to keep your body happy before, during and after the season! This blog will be centered around some of the things you can do to help with game performance and recovery.

So what to eat pre-game?

It’s a good idea to have your last substantial meal around 3-4 hours before tip-off, and then if you need to have a snack you can do so around 1-2 hours before the game.

Your pre-game meal should contain carbohydrates for energy, and a small amount of protein to protect you against hunger during the game. A couple of ideas might be a chicken salad wrap, pasta with beef mince in a tomato-based sauce.

Now your pre-game snack should be something that is light, low in fat (making it easy to digest) and full of carbohydrates for energy! A good option would be yoghurt with fruit salad or a piece of toast with vegemite on it. If you’re the type of person that doesn’t like having solids before a game, another good idea for your snack would be to have a fruit smoothie instead.

Along with making sure that all your nutritional needs are met, it is also important to ensure your hydration levels pre-game are going to hold you through the game. It is recommended that you consume around 300-600ml of fluid 3-4 hours before the game, slowly. While avoiding caffeinated drinks, as they have a diuretic effect. Then a further 200-400ml of fluid within 2 hrs of tip-off.

Your pre-game warm-up can consist of many different things, although there are a few key aspects that are recommended to be apart of the warm-up.

The combination of these drills allows the body to gradually increase in mobility and temperature, decreasing the risk of injury, and improving initial game performance.

Play hard. Make plays on both ends. Shoot with confidence! And enjoy the time spent competing – it’s such a quick game, sometimes as a spectator it can be hard to keep up! 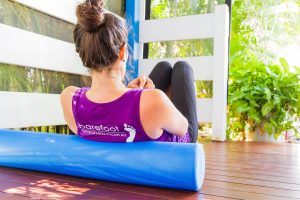 This aspect of the game is often overlooked, but is just as important for your performance as the warm up. An effective cool down allows the body to cool down slowly and prevent injuries in the future.

After the game, the most important thing to is replace the fluid and electrolytes that were lost during the game. The most accurate way to know how much fluid was lost is to weigh yourself pre- and post-game, however, most people don’t do this because it takes too much time. An easier way to get your fluid intake right, is to consume twice as much fluid post-game as your did pre-game. The post-game fluids should also contain an element of sodium, to help replace the sodium that was lost in sweat during the game.

So now you have more understanding of how you can get out there and play to win, with a healthy body. Stay tuned for more Basketball blogs!

Do you enjoy playing basketball? Leave a comment below to let us know what you favourite sport is!

The underwater adventures of Alida!
Scroll to top