Hi everyone, Hannah here again.  As a Physio at Barefoot we get to meet and treat some clients that do some pretty amazing things – like Flyball Racing. So every now and then we like to put a few questions together and grab a little more information on what really excites and makes our clients tick.  We call these clients “Barefooters” and here’s our latest client, Paul Newman, telling us about flyball racing along with some travel information.

Out of your long list of hobbies, the one I knew least about was flyball racing! Give us the run down of what that entails and how you’re involved. 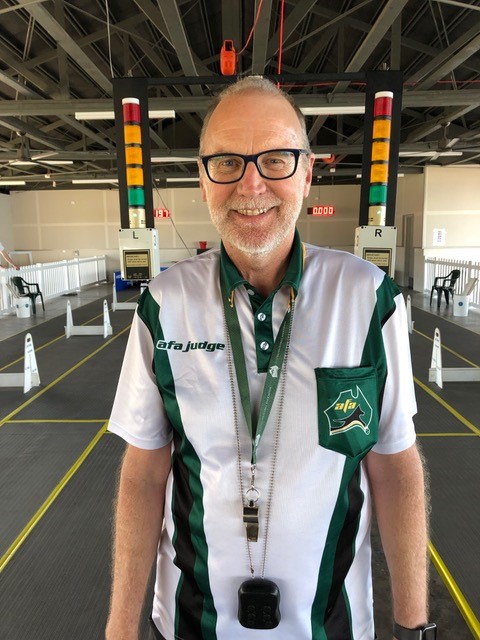 Flyball Racing – Flyball, commonly known as drag racing for dogs, is essentially a relay race between two teams each of four dogs. Each dog must in turn run down a track over four jumps, trigger a “box” which releases a ball, and then carry the ball back over the four jumps. The first team to have four dogs complete the course correctly wins! An electronic judging system times each dog (and the whole race) to one thousand of a second. It also determines if the first dog false starts (i.e. crosses the start line before the drag lights turn green), or if a subsequent dog crosses the start line before the returning dog (a false pass). When a dog makes a mistake (for example, by dropping the ball, missing a jump, or false passing) that dog must run again at the end of the line up.

My wife got into flyball about 10 years ago as an extension activity for her then dog, a cattle dog cross. Over the years I have become involved, initially as a helper, then qualifying as a timekeeper and, more recently, qualifying as a judge. There are 10 or 12 flyball racing meetings each year around Brisbane and we have travelled to race meetings in Canberra, Sydney and Kiama. In September this year our club, Awesome Pawsome, is hosting the 21st Australian National Flyball Racing Championships at the RSPCA Qld complex at Wacol.

Travel has always been a topic of conversation during our sessions, where has been your favorite place in the last year? Where would you go next if you could fly off tomorrow?

Travel – My wife and I have just returned from a three week trip to England which was a great mix. We spent the first week on a walk from Exeter to Dartmouth including a couple of days on the high moors of Dartmoor and then drove ourselves around Devon, Cornwall and Dorset. Highlights included watching a performance at the Minack Theatre, which is cut into the cliff face on the ocean near Land’s End, a visit to Port Isaac, location for the Doc Martin television series (being filmed when we were there), and a tour of Highclere Castle, location of the television series and soon to be released film, Downtown Abby. Also, because I am just a big kid at heart, the Roald Dahl museum! 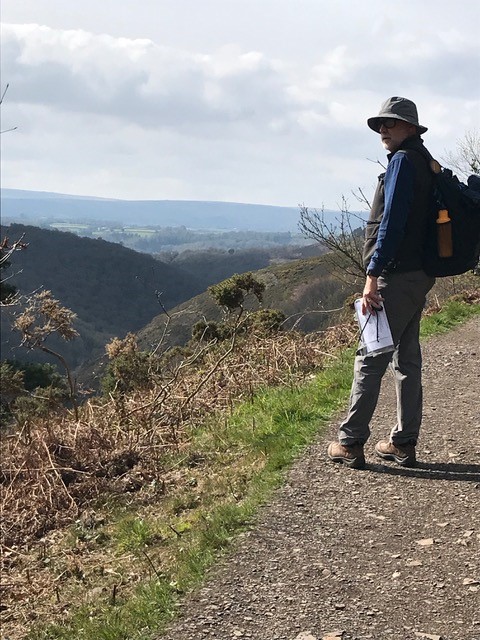 Remarkably the only two wet days were those on which we were doing a lot of driving. We often try to mix a walk or similar activity with some more mainstream touring. Some of the most interesting walks we have done include those in the Czech Republic and Slovenia and of course the last section of the Portugese Way of the Camino de Santiago. The bucket list includes Iceland, Romania (land of Dracula) and Machu Picchu. But having so enjoyed the Devon walk (especially the real beer in the small pubs along the way) we are keen to do another walk in England, perhaps in the Yorkshire Dales?

Another thing keeping you busy is your grandkids! How do you normally like to spend time with them?

Grandkids – We have four granddaughters, two who live in Atlanta (and so we don’t see in person very often) and two here in Brisbane. A fifth granddaughter is expected in October this year. The girls have a wide variety of interests. They enjoy simply being read to bit are also very much into Lego, puzzles and board games – the many variations of Ticket to Ride are a favourite. The two in Brisbane are now up to Saturday sport so we try to get to netball and soccer matches when we can. 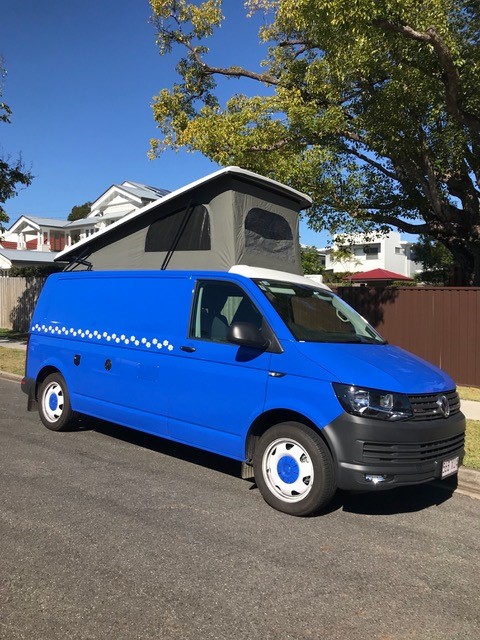 A couple of times a year we take the girls camping in our campervan which is great fun and at the same time gives their parents a well earned break. In January this year we all went skiing in Japan together which was wonderful, even though the girls are rapidly beating me down the hill these days. Something about the young having no fear or, as the seven year old, says “Why turn when you can go straight down?”

You just got back from Japan skiing! How did you get into skiing and what is Japan snow like compared to other places?

Skiing – I was introduced to skiing during my University days by my then girlfriend (now wife) who had skied at Perisher for several years with her father. When our children were young we would take them on the long car journey to ski there also. Then when we planned a trip to Disneyland we decided at the last minute to tack on a week skiing at Steamboat Springs, Colorado. The quantity and quality of snow, the vast ski area, the extent of grooming, etc. were a revelation to us. And so the proposition to the family was: we can continue to ski in Australia each year or we can ski overseas every second year. As a result we have over time enjoyed some wonderful family skiing at Whistler and Banff in Canada, Lake Tahoe in California, Park City in Utah, and Alta Badia in the South Tyrol.

We decided to try Japan, firstly, because we had so many good reports about it and, secondly, because of its ease of access from Australia (one nine hour flight and a two hour train ride to Hakuba where we have skied twice now). In comparing with other places I can only speak of Hakuba. While the lifts there are generally older and slower than those at the North American resorts, the snow quality is just as good, the crowds are generally far less, there are numerous ski areas available on the one lift ticket to suit varying weather conditions and then there is the wonderful cultural experience including food and onsens and taking a day off skiing to visit the snow monkeys!