Putting her diving ability to good use while she studies for a Masters Degree in the Environment, Kirsten recently landed her Dream Job studying and caring for Turtles in Malaysia.  Turtle Conservation is her passion and her journey is amazing. We’re excited to share her story:

You have just scored your dream job, working in turtle conservation in Malaysia for 8 months. Tell us more about what the job entails and why you are so passionate about this work

I have worked on a few turtle conservation projects in the past, which have involved patrolling the beaches at night for nesting mothers. When you come across one there is often a procedure of measuring, tagging and observing the nest and its parameters which are crucial to understand their mortality rates. The work also involves tracking hatched nests, their success rate and causes of depredation among the eggs. 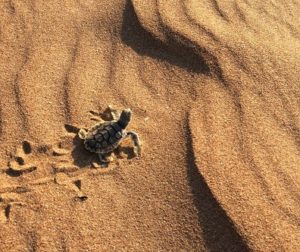 Turtles are the most magnificent animals to work with and I’ve never felt more peaceful than sitting with a mum as she’s laying. Sometimes it isn’t the most glamorous work (scrambled turtle eggs and vultures is not an uncommon combination) and walking anywhere up to 8km throughout the night can be tough but being around these prehistoric creatures make it all worth it in a heartbeat.

The programme I’ll be looking after in Malaysia will cover all these things, where I’ll be working to coordinate volunteers from all over the map. I’ll have some big shoes to fill but having the beach as an office has been my dream for some time! 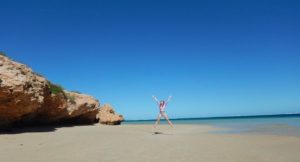 A few projects I’ve worked on have also involved surveying the beaches for poachers. Luckily this isn’t a problem in Australia, however is still a reality in many countries where sea turtles lay their eggs. I fell in love with sea turtles on a project in Costa Rica in 2012 with an amazing crew of local conservationists who were dedicating their lives to protecting them. Only a few months after I came home in 2013 one of my mentors, Jairo Mora Sandoval was brutally murdered by poachers. Its hard to believe, but this is how serious animal trades have become in some parts. I’ve never met someone as passionate for conservation as him, and I promised myself that Jairo’s death would not be in vain.

One of your big passions in life is scuba diving – tell us what it is you love so much about diving and where are some of your favourite dives?

The feeling I get when I’m underwater is indescribable. It’s one thing to sit on the beach and marvel at the view but knowing what lies beneath makes me appreciate what I’m looking at a whole lot more. I feel so lucky to live in a world where such exquisite life exists. And even better is how us humans have worked out how to breathe underwater! 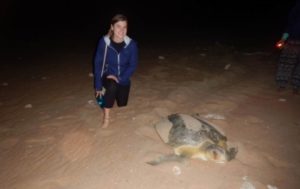 Every dive is different, but my most memorable ones have been throughout Central America. I dived in a cenoté in Mexico which is an underwater limestone cave that you enter through a hole that may only be a few metres wide but would open up to a range of huge caverns underneath. It was extremely challenging both mentally and physically, knowing that you had to conserve enough air to be able to follow a line throughout the cavern. At one point we surfaced into ’The Bat Cave’, which as the name suggests, was full of bats hanging from the stalactites (those formations that hang eerily from the roof). I don’t know if I’d do that bit again!

Nothing compares to exploring your own backyard and diving over at Stradbroke Island during Grey Nurse Shark season is truly amazing. They are gentle sharks who nurse their young in the waters off Straddie, and I’ve been lucky enough to see a manta rays, turtles, nudibranchs and so much more on the same dive! 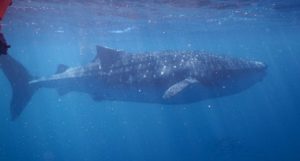 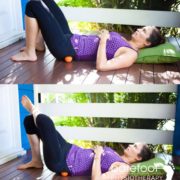 Self-Releases vs Stretching: When, Why and the Benefits 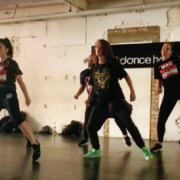 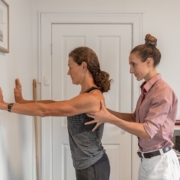 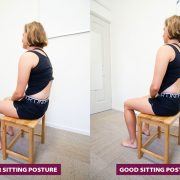 Top tips for keeping your body happy at work!

Moving on from basic ‘core’ exercises 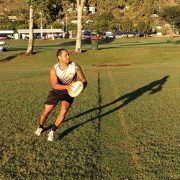 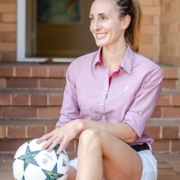 Jasmine can dance up a storm!
0 replies